WE RUN ON EOS 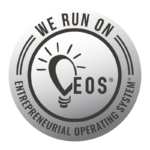 How To Stop Saying Yes When You Should Be Saying No

Do you identify as a people-pleaser? Do you struggle with not wanting to disappoint anybody? Do you have lots of things that you want to do, but don’t have enough time because you just can’t stop saying yes?

The simple answer to these problems is to say no more, but it’s not that simple is it? Saying yes is human nature, especially for people who don’t want to seem confrontational which, according to Psych Central, this pressure is applied to women far more than men.

Learning to say no can help you build healthier relationships, and it helps you prioritise your time better so that you are able to focus on what is most important to you.

Here are some ways to find out how to achieve this…

Shifting your language when saying no is the first step to being more effective in communicating your wants and needs. A study by Professors Vanessa M. Patrick and Henrik Hagtvedt in the Journal of Consumer Research saw that saying “I don’t” instead of “I can’t” is a more successful way of saying no. The investigation argued that “I can’t” implies your excuse is up for debate, whereas saying “I don’t” puts an end to the conversation and allowed the study’s participants to remove themselves from commitments they did not want.

By being assertive and saying no with conviction, you are setting clear boundaries, which means you are preserving more time and energy to care for what is most important to you. The study recommends starting the habit of saying no by beginning with low stakes, for example, turning down strangers trying to sell you something. Practice saying no and have phrases at the ready as backups for harder situations, such as when you need to say no to something related to work or your personal life.

Remember, when you are saying no you should be direct. This means not piling on excuses. Doing this suggests that if the circumstances were different you would say yes, and so they’ll think to ask you again in the future. Don’t say “I’ll think about it” or “maybe” if you know from the start that you don’t want to do something, as this will only drag out the process, and end up wasting everybody’s time. You can say no politely and clearly. Try giving a compliment first, like saying “thank you for thinking of me, but I don’t…”, this way people will know that you are appreciative that they came to you but you don’t think you are the best fit for their needs. There is no need to lie or apologise, saying no is healthy and there is no reason to feel like a bad person.

A big reason lots of people say yes when they want to say no is because we don’t want to miss out on anything. We live in a yes culture, so we think that saying yes to every opportunity that comes our way will be rewarding. Maybe you don’t want to turn down a professional opportunity or a fun event with your friends, but you need to figure out what you actually want before you RSVP to every invite that comes your way and exhaust yourself.

What motivates you? Where do you want to be in your career and personal life? If you assess these things as well as how much time you have and how you want to use it, you can learn what you want to say yes to so you better utilise your time. Acknowledge that you can’t do everything, and be selective in what will be the best use of your time and energy. Don’t compromise your integrity, what you say yes to should reflect your goals and values.

Another reason we find ourselves reluctantly saying yes is not wanting to seem threatening and the fear of rejection, as we worry that our assertiveness will be read as aggression. A social psychology study from Columbia University explored how our perceptions of our own directness are commonly unreliable. While we might be agonising over how rude we were saying no, it’s pretty likely the other party is thinking nothing of it at all. You can’t please everyone, and people will be ok if you say no to something, it does not make you a bad co-worker, friend, or relative. Remember, saying yes sparingly gives you more time and energy to devote to your loved ones who you enjoy helping, so saying no isn’t a selfish act.

Saying no is a skill that takes time to build, the switch can’t be flipped overnight. But working towards communicating your boundaries better will help you feel empowered and in control of your own life.

Want to learn how to make the most of your time? Download your free e-Book guide here!

How To Promote Your Services Online

How To Thrive As A Virtual Assistant During Lockdown

A Day in the Life of a VA: Meet Renee

When Is The Right Time To Hire A VBM?

Need help in a hurry?

Email us your task details and we’ll get cracking, so you don’t have to!

SEND US YOUR TASK
“Justine and her team have made such a difference overall but particularly in marketing, financial management and membership queries. They have such an instinctive feel for our large membership, we have been confident to let them deal directly with our members without our oversight. Their response times are hugely impressive and their reporting is transparent. The one thing I have valued most of all though is the “can do” attitude; the fact that we feel listened to; and that they run a raft of ideas/solutions past us to gauge where we are comfortable and consult with us throughout any change. Justine and her team have turned CANZ on its head in the most positive way I have seen in years.” 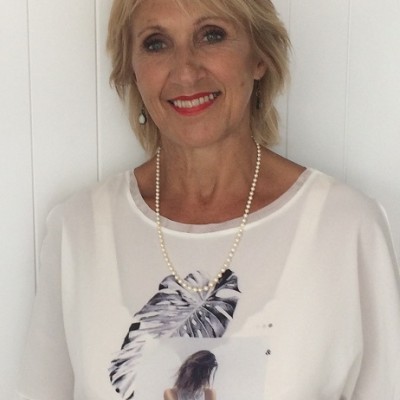 Dianne TroupThe Celebrant's Association of NZ
“Sue was just great, and I’ve actually mentioned my great experience with Your VA to a bunch of people. I will definitely be using this as an option in the future if the need arises – to have a sharp, super-trustworthy resource like Sue on call is a huge win for small businesses.” 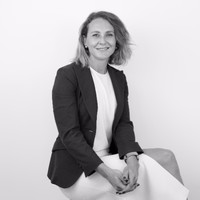 Claire PiperFiducia
“The YourVA team have provided total support as I started in my own new business. They have guided where I needed guiding and listened when they needed to learn what I do. The service has been invaluable so far and I’m looking forward to seeing where we can go from here.” 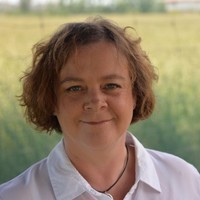 Claire PiperAccess Advisors
“Justine and the team are a valuable support to our small business when we struggle to keep all of the balls in the air – they are always there to assist. Her understanding of what we do is amazing and her attention to detail outstanding.” 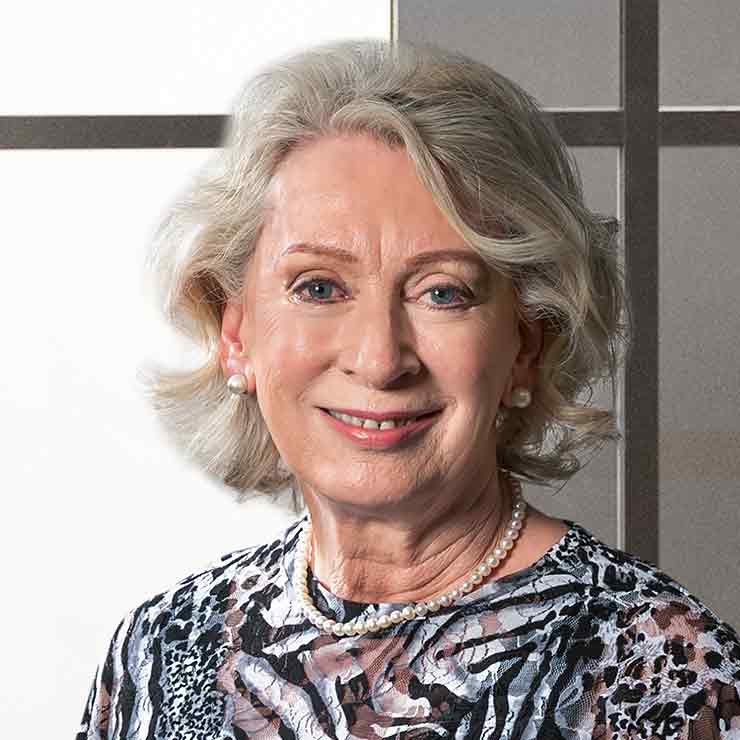 Anne WarrenTrue Property Management
Justine, you and your team are: straight forward, upfront, honest, trust worthy, capable, creative and highly productive – you make things happen. Whenever I come across somebody looking to become more productive and effective, who wants people on their team who add heads and hearts not just arms and legs – I always mention your service. 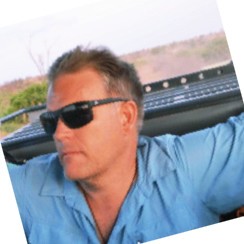 Graeme DoddAlpine View Retirement Village
I have absolutely no hesitation in recommending Your VA’s services. I know that, with the breadth of skill-set across your wider team, you never let me down when I need help. 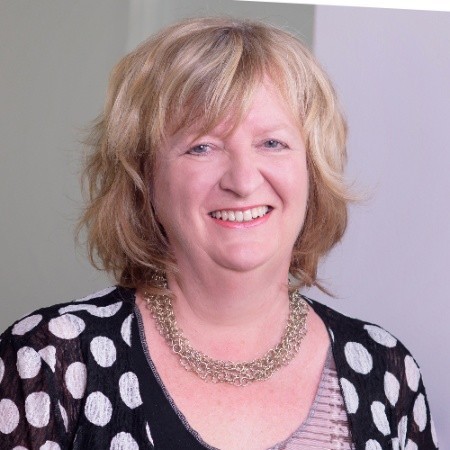 Cherry VanderbekeSimtics
We have been working with Justine for over 3 years and have not been disappointed. Her knowledge base and experience is first class, her communications are fast and efficient, and we recommend her often to our clients. 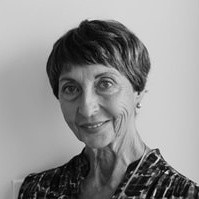 Midge HandHigh Profile Entreprises
“Justine and her team have helped me out on more than one occasion when I wasn’t sure how we were going to meet deadlines. The turnaround in delivery is quick, the work done to a high standard and Justine is flexible and professional.” 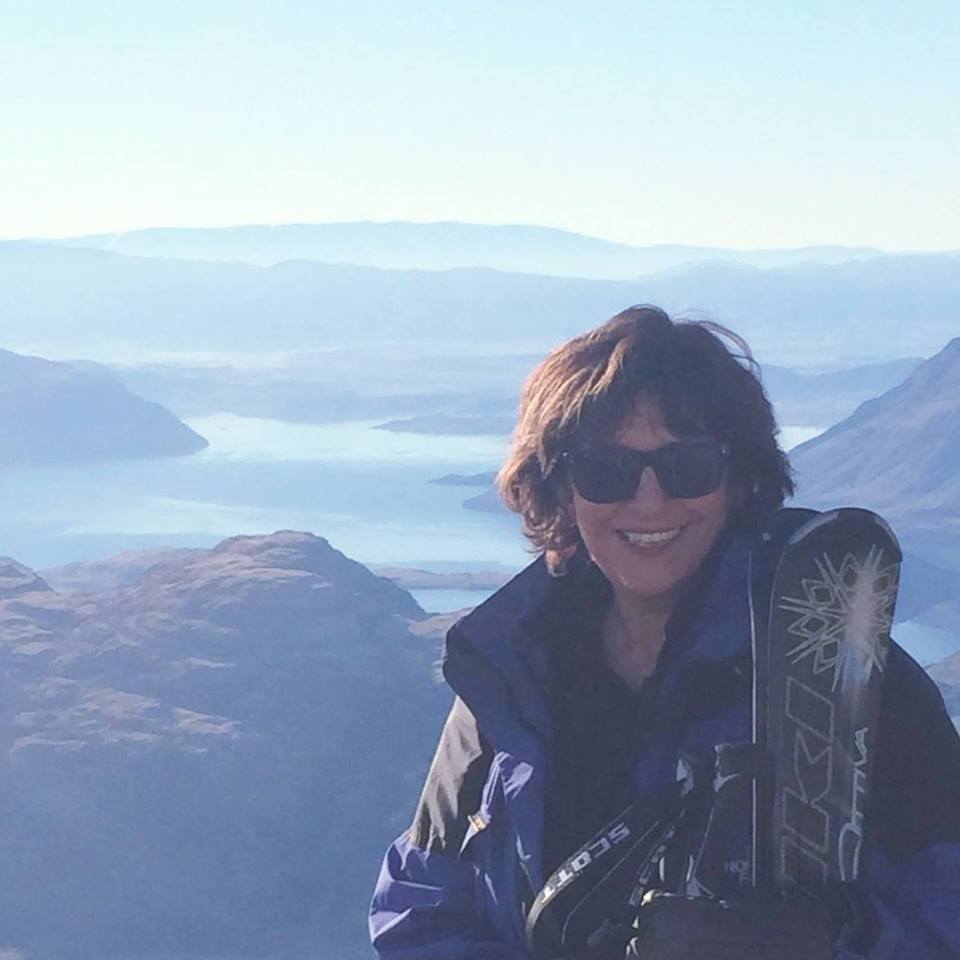 Ellie ter HaarNZ Pharma
“I’m already recommending you to others…but here goes, Your VA offers a flexible solution to busy self-employed people like me who waste too much time on administrative tasks. Justine is delightful to deal with, understands my business and is able to offer much needed support. I can highly recommend Your VA.” 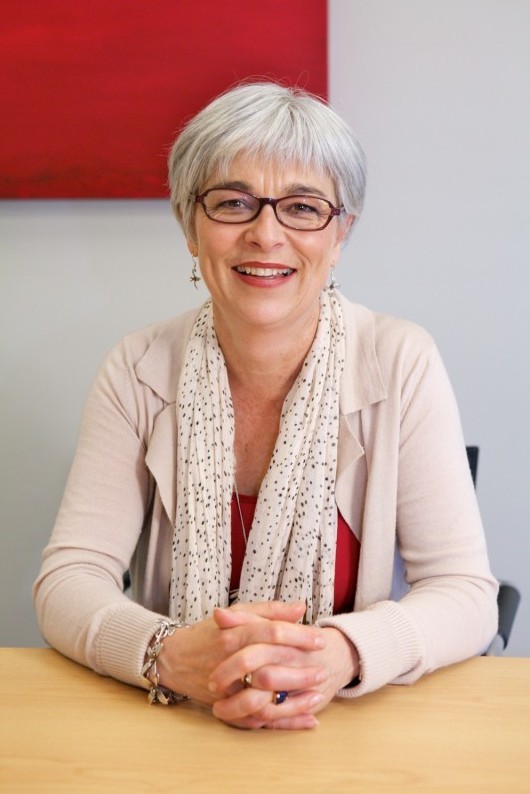 Paula FeathersPaula Feathers Consulting
“Your VA is an efficient, professional service I can totally rely on when I need help with something. Always responsive, always helpful, knowledgeable and there for me. Justine is a perfectionist so I know projects are always done well. I’ve recommended Your VA to many business owners and will continue to do so.” 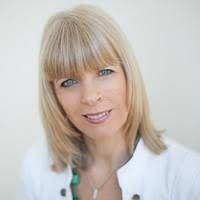 Laura HumphriesLiber8 Your Business
“Justine has developed a unique business and a team that complements it. If you are looking for a skilled team to help make business easier, then look no further. Your VA has got you covered from basic administrative tasks to social media management, project management and editing. I haven’t found any other business that compares and if you’re ready for business and life to be easier, then talk to Justine today.” 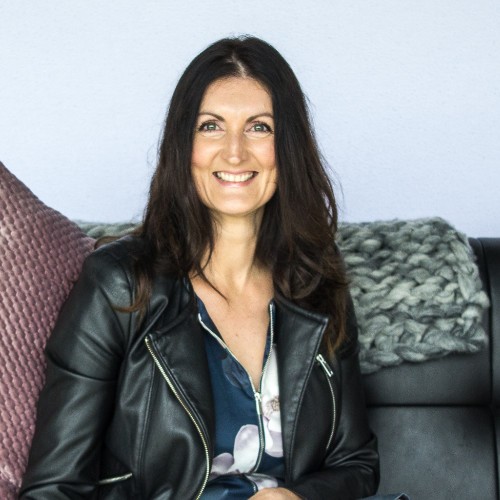 Leanne MulcahyLeanne Mulcahy
“Working with Justine and her super capable and committed team of elves is one of the best decisions I have ever made for my business. I simply could not run my business without them and I wouldn’t want to! They take care of all the back end tasks that allow me to focus on doing the things I’m best at, and in terms of my online group coaching programme ~Wellbeing Warriors~ it wouldn’t be changing the lives of so many women round the world without the continued technical excellence of Justine and the team. They allow my work to shine and I am grateful every single day!” 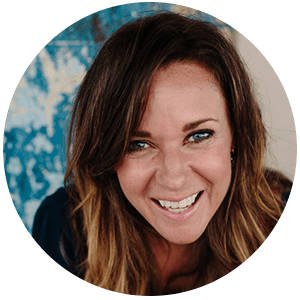 Louise ThompsonWellbeing Warriors
“If you don’t have enough hours in the day, find you’re spending time on activities someone else could do, or want an amazing virtual assistant, I highly recommend Justine and her team. They are lifesavers. Far from just doing basic administrative tasks (which they excel at), they can pick up almost anything and run with it. Since I’ve been working with them I’ve been able to focus on my core business and leverage my time much more effectively. Plus, I don’t have to spend time upskilling in areas which aren’t the best use of my time. Justine and her team are responsive, easy to work with and do a great job. I can’t recommend them highly enough. They will work as an extension of your business and before long you’ll wonder how you ever coped without them.” 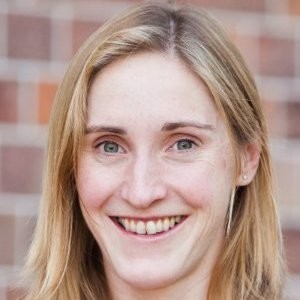 Kirsten HodgsonKaleidoscope Marketing
“There is something special about Justine and the team at Your VA! As a busy business owner and mum who struggles to maintain focus on the small things (!), Justine and her team have been a critical support. I know I can hand something over to them and it will get done – often with a few suggestions along the way for alternative/ improved ways to approach things. They have a timely and considered approach, and truly care about the success of your business. Highly recommended!” 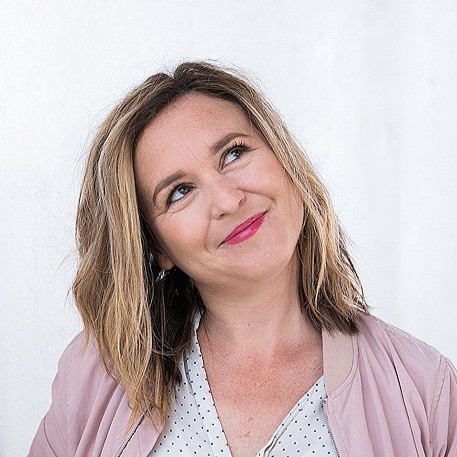 Rachel LewisKiwiOz Nannies
“Justine and her team are first rate. Positive, can-do attitude. Good pricing with fixed fees. They think outside the square” 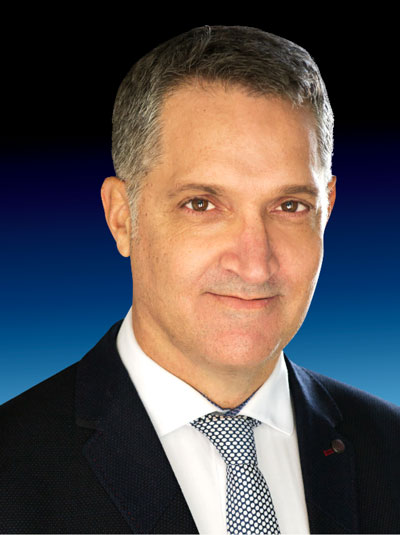 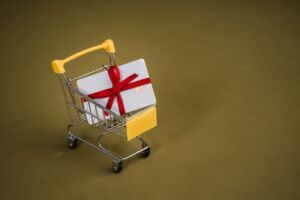 How To Promote Your Services Online 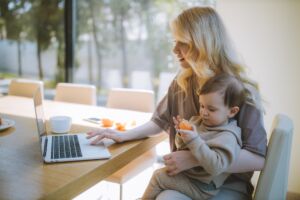 How To Thrive As A Virtual Assistant During Lockdown 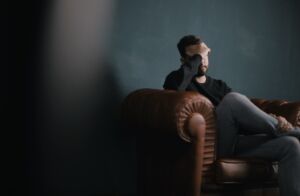 A Day in the Life of a VA: Meet Renee 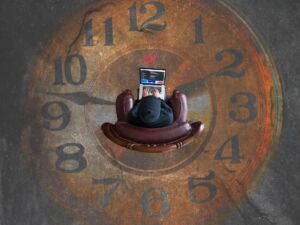 When Is The Right Time To Hire A VBM? 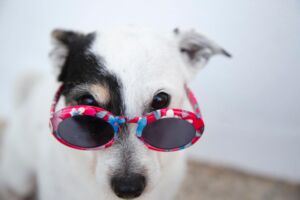 Learning How To Delegate (As A Control Freak)

Do you need a VA or an OBM?

First, check out our awesome resource library for FREE ebooks and templates!